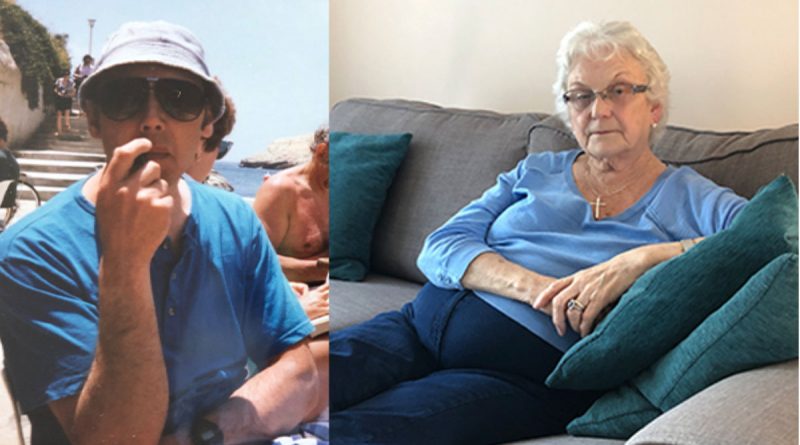 Bereavement support made a world of difference

Norah Dabill and her husband Jack moved to Bude following a job promotion at GCHQ back in 1982. It was in Yorkshire where Norah and Jack first met with a game of bowling. Norah tells us “It took me a few years of married life before I realised that Jack was actually called John – it’s a bit of a Yorkshire thing!”

Jack’s passion for scuba diving, meant that all of their free time was spent on the Cornish beaches or family holidays in Gozo, Malta – their favourite destination.

Throughout married life, Jack enjoyed smoking a pipe. Norah tells us “Lots of people were smoking back then and we simply didn’t know the dangers of it. It was when Jack passed blood in his urine that we knew he was in trouble. He ended up being diagnosed with bladder cancer in 2013; it was such a shock as Jack had always been so fit and healthy. He had the opportunity to have an operation for his cancer but he turned it down as it would have meant him giving up his scuba diving. He was ok for 3 years after having some chemotherapy and radiotherapy but then it came back and he eventually died at our home in Bude.”

Norah added “After Jack died, my neighbour told me about North Devon Hospice at The Long House in Holsworthy and my GP referred me for some bereavement counselling The Long House is such a wonderful place. It changed everything for me. There is so often a stigma associated with hospices as if people are giving up. It’s such a supportive and wonderful environment. I was so tired looking after Jack. Emotionally I was finding it so difficult. I was telling myself I was fine but afterwards, my body was saying I wasn’t fine. I kept getting headaches – the pressure and the worry was really there and building. I knew I was going to hit a brick wall and I reached out to the Hospice before I hit it.”

“By talking about these things, it was like a weight coming off my shoulders. I was told that anytime I wanted to come back, I could do so. It’s fantastic to know that the Hospice is there for me and I don’t have to carry on holding everything in.”

“Sometimes you think you can cope and we try to be ‘all British about it’. It’s the afterwards when you can have real problems and that’s when you need someone to talk to. All the questions emerge like what happens next to me when the focus has been on someone else; where do I live, what should I do. I would have been in an absolute state if I hadn’t been to the Hospice. I can’t speak highly enough of the Hospice and am so grateful that I can continue to get the support I need from them – they’re just a phone call away and that’s so reassuring.”

For more information on the services provided by North Devon Hospice, visit www.northdevonhospice.org.uk or call 01271 344248.